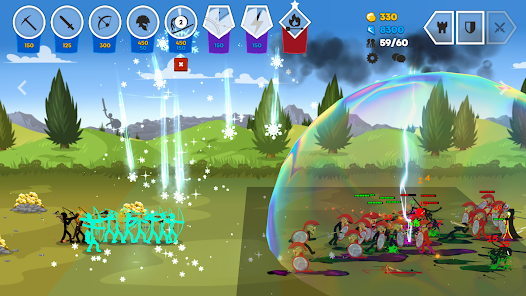 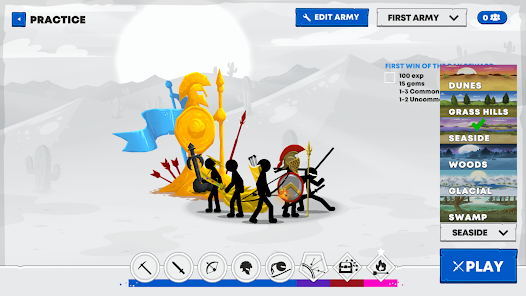 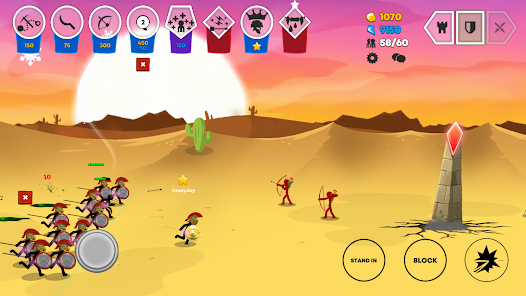 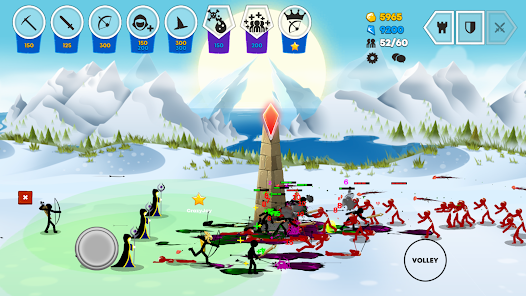 Real-Time Multiplayer Strategy
PVP Matches.
• Take control of any unit at any time!
• No “Pay for Power”!

Team up with friends!
• 2v2 Matches
• Add your friends and battle it out!

Custom Armies
Build your own Battle Decks
• Collect and unlock from a growing selection of Army types.
• Add Upgrades to your deck and research powerful army bonuses.
• Enhancements such as the “Rune of Reanimation”: will cause any poisoned enemy units to respawn as Zombies! Or as you will know them “Deads!”.
• Choose from spells such as a giant bubble that blocks incoming projectiles, or “Snow Squall” to freeze entire legions!
• Generals of each of the major nations are now available to add. Play as “Prince Atreyos” leader of the Speartons or “Princess Kytchu” bowmaster of the Archidons.

Huge Storylines and in-depth world:
• The Order Empire led by King Zarek and brother, Zilaros the Royal Hand, have finally defeated the Chaos Empire. Together you discover Medusa has been slain. What lay hidden in the depths of her keep will set you on the adventure of a lifetime. Your reward: strategy, and war!

In a world called Inamorta where weapons are religion the struggle for dominance continues. The classic cast of nations still thrive. The Swordwrath, Speartons, Archidons, Magikill, and the Giants are joined by many other nations, each with their own unique fighting style such as the “Sicklewrath", from simple farmers to deadly splash damage warriors. The Chaos Empires, ranged unit “Eclipsors” are flying bat-like creatures raining arrows from above. “Shadowrath” are ninja assassins and these are only a small taste.

- The Bomber is back! A Chaos unit that explodes on contact with the enemy dealing AOE damage.
- Now able to mix and match armour sets. Pick an Iron helmet and a Leafy shield. It's up to you.
- Core engine performance improvements.
- Low quality setting now reduces performance impact of complex effects in the game.